A total of 11 national titles were awarded on Saturday at the Canadian Cyclo-cross Championships p/b Shimano in Peterborough, Ontario, with riders facing snow and bitterly cold wind, taking the temperature down to -8C.

Rochette took the lead in the first kilometre and never looked back, eventually winning by over a minute. Behind, mountain bikers Jenn Jackson (AWI Racing p/b The Crank and Sprocket) and Sandra Walter (Liv Cycling Canada) battled for silver all race, with Jackson eventually pulling clear in the final lap. 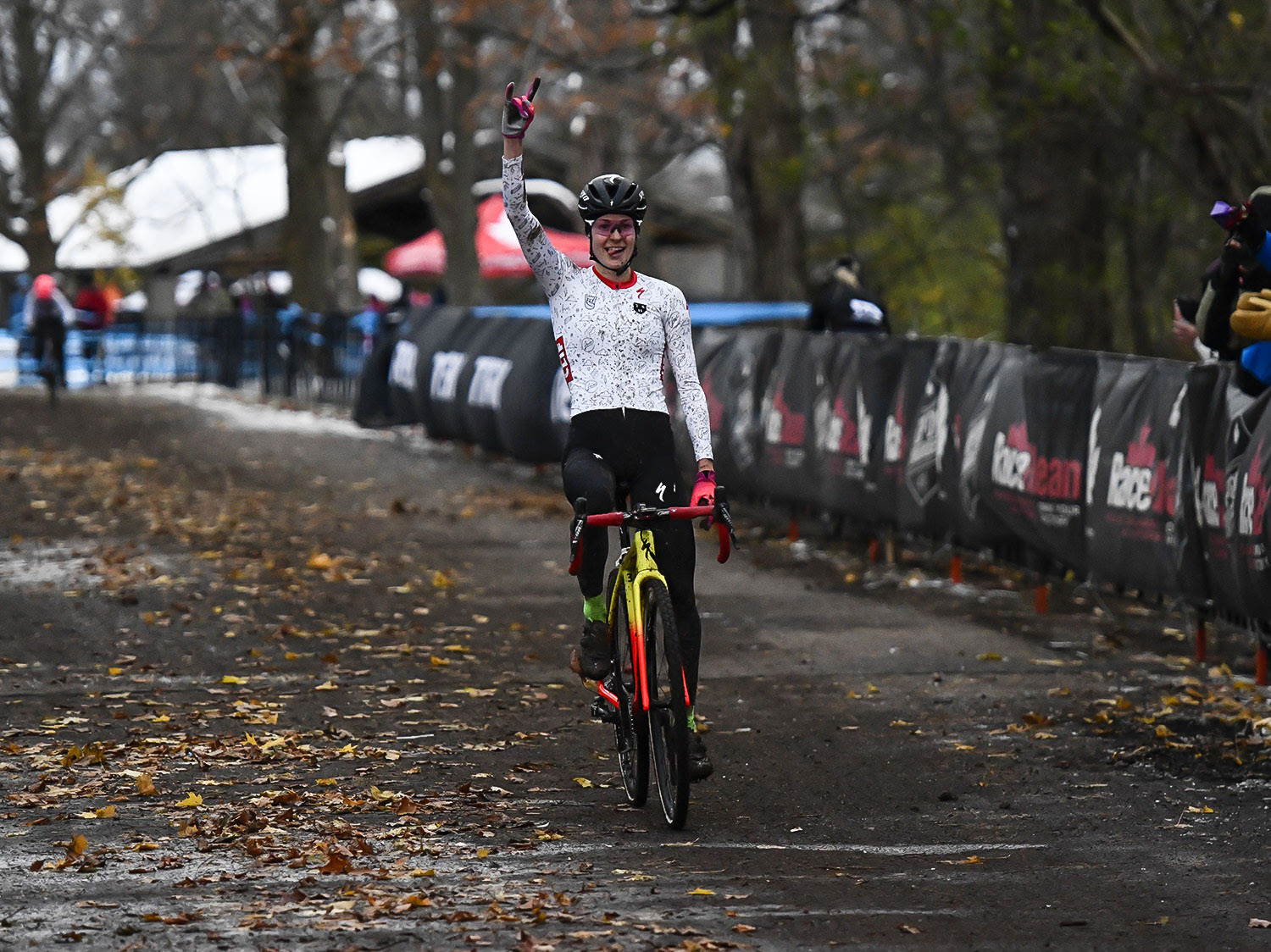 “It was cold out there,” said Rochette, “but it was perfect for the Canadian national championships. It is a challenge to ride in the cold – it’s difficult to breathe and you tighten up … you just have to keep pushing hard because that is the only thing that will warm you up.”

The 2015 national champion Raphael Gagne (Silverback-OMX) had his usual fast start to get the holeshot, with van den Ham chasing along with Geoff Kabush (Yeti Maxxis Shimano) and Marc-Andre Fortier (Pivot-OTE). Van den Ham got a gap on the other two chasers to get by Gagne first, with the other two also passing the early leader. Kabush was steadily closing on van den Ham through the final laps, but couldn’t quite manage to close the gap, finishing six seconds back, with Fortier taking the bronze medal. 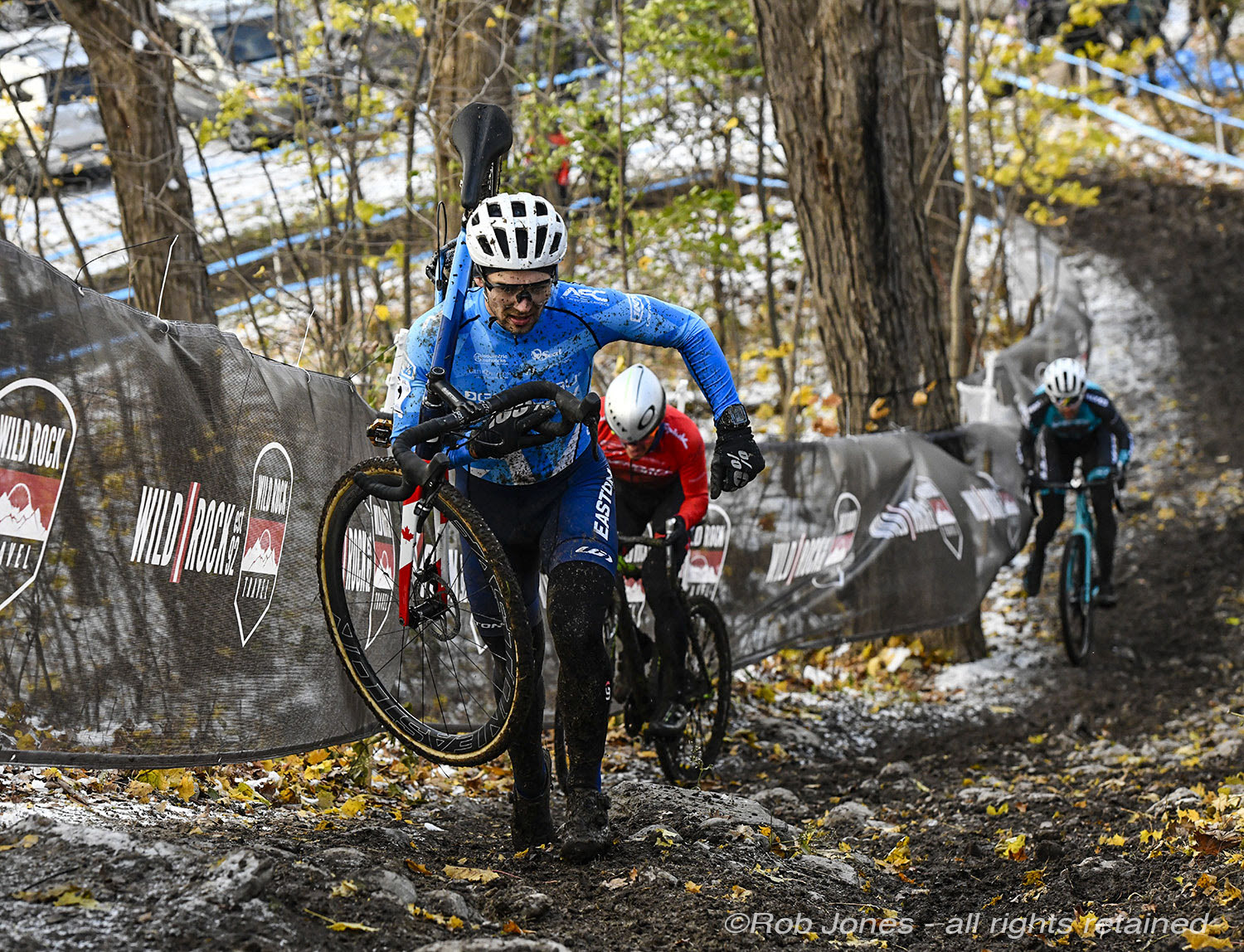 “The track was changing all the time,” said van den Ham. “The sun would come out and it would start to thaw, and then it would get cloudy and start to freeze again, so the conditions were changing throughout the day. All you could do was show up, race the course and see what happens. I knew Raph [Gagne] would have a fast start, but I was pretty confident I could bring him back. I think it played to my advantage because Geoff [Kabush] is a fast finisher, so getting that gap was key to holding him off at the end.”In the Under-23 categories, Ruby West (Specialized Ten Speed Hero) successfully defended her women’s title, while Gunnar Homgren (Hardwood Next Wave) rode away from the field to take the men’s title. Carter Woods (Naked Factory Team) won the Junior men’s title.

Source: Cycling Canada
About Cycling Canada
Cycling Canada is the governing body for competitive cycling in Canada. With the vision of becoming a leading competitive cycling nation, Cycling Canada manages the High Performance team, hosts national and international events and administers programs to promote and grow cycling across the country. Cycling Canada programs are made possible through the support of its valued corporate partners – Global Relay, Lexus Canada, Mattamy Homes, Louis Garneau, lululemon, 4iiii, Argon18 and Bear Mountain Resort – along with the Government of Canada, Own The Podium, the Canadian Olympic Committee and the Canadian Paralympic Committee.