It was a great weekend of racing at the PanAm track in Etobicoke, Ontario for BC’s BMX riders competing at the 2019 Canadian BMX Championships. Over 400 athletes from across the nation came out to race under sunny skies for the maple leaf jersey and medals in the challenge class categories.

Despite missing some key riders on the roster with Tory Nyhaug, Alex Tougas, and Ryan Tougas all recovering from injury, the BC squad pulled off some solid performances, making several appearances on the podium.

North Vancouver’s James Palmer took the top step on the Elite Men’s podium and claimed the National Champion title. “Today was a great day, I’m happy to come away with the win,” said Palmer. “I’ve been injured for the past month or so with a wrist injury so I’m happy to be back racing in front of my Canadian fans and it’s great to win my first Elite title.”

Drew Mechielsen from Langley also claimed a national championship title, taking the top step in the Elite women’s class and the coveted maple leaf jersey. “It was a really good race day; it was long and hot and there were some really good battles but I’m happy to come out with the win,” said Mechielsen. “It was tough competition with Daina and Avriana, and it’s always a struggle racing them but it’s also always good because we train together.”

Mitch Landry from Nanaimo came in 3rd place in the Jr. Men’s category and Violet Cejalvo from Langley finished 2nd among all Jr. Women. Parksville’s Aiden Grecht took 3rd in the Boys 16 category and Summer MacMullen of Maple Ridge took the gold in the Girls 14, with her teammate, Keira Murphy of Nanaimo, taking the bronze.

Congratulations to all the riders that came out and represented BC at the national championships. 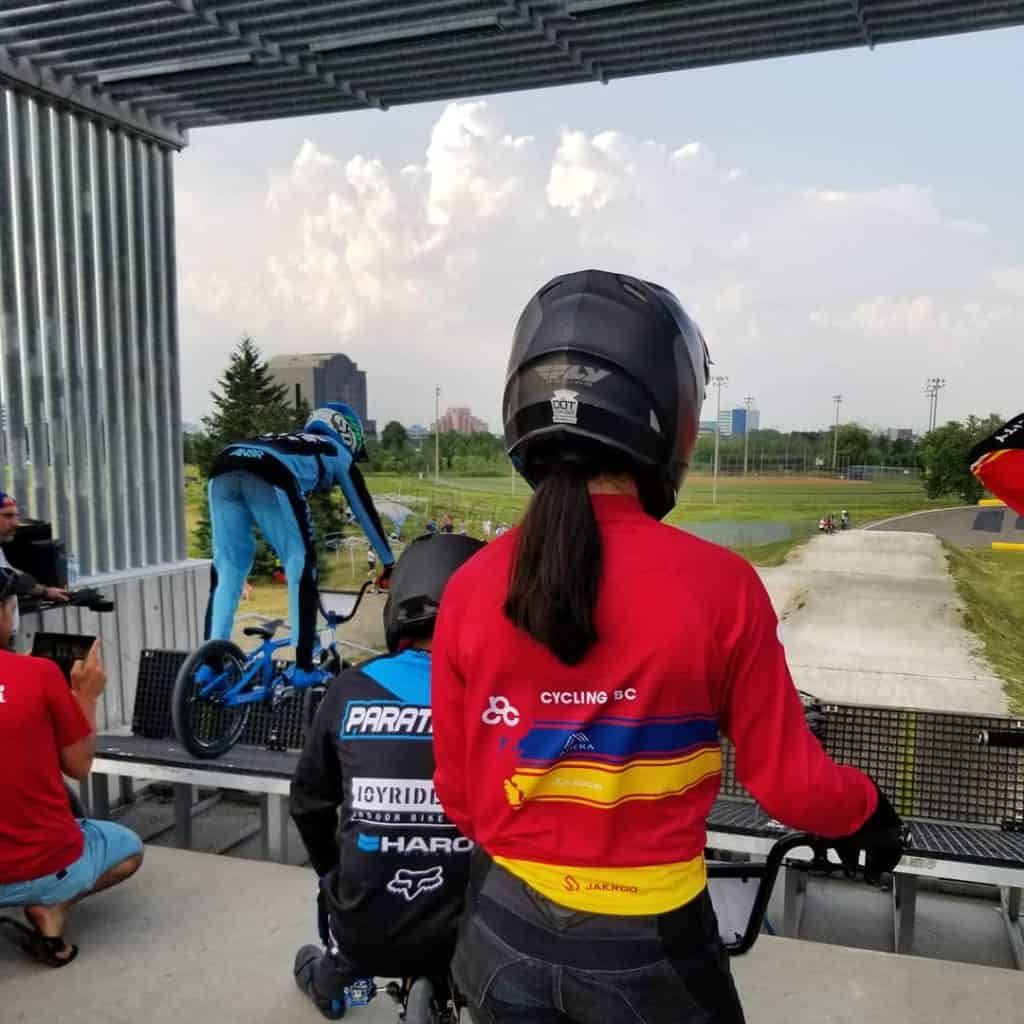