Lenzerheide, Switzerland (August 12, 2019) – After a two-year absence, Catharine Pendrel has returned to the World Cup podium, finishing fifth on Sunday at Round 7 of the Mountain Bike World Cup in Lenzerheide, Switzerland. Pendrel rode her way up to the leaders on the first lap before crashing and losing contact, eventually working her way back into the top five on the last lap. Pendrel’s fifth-place also moved her into the top-10 in the overall standings. 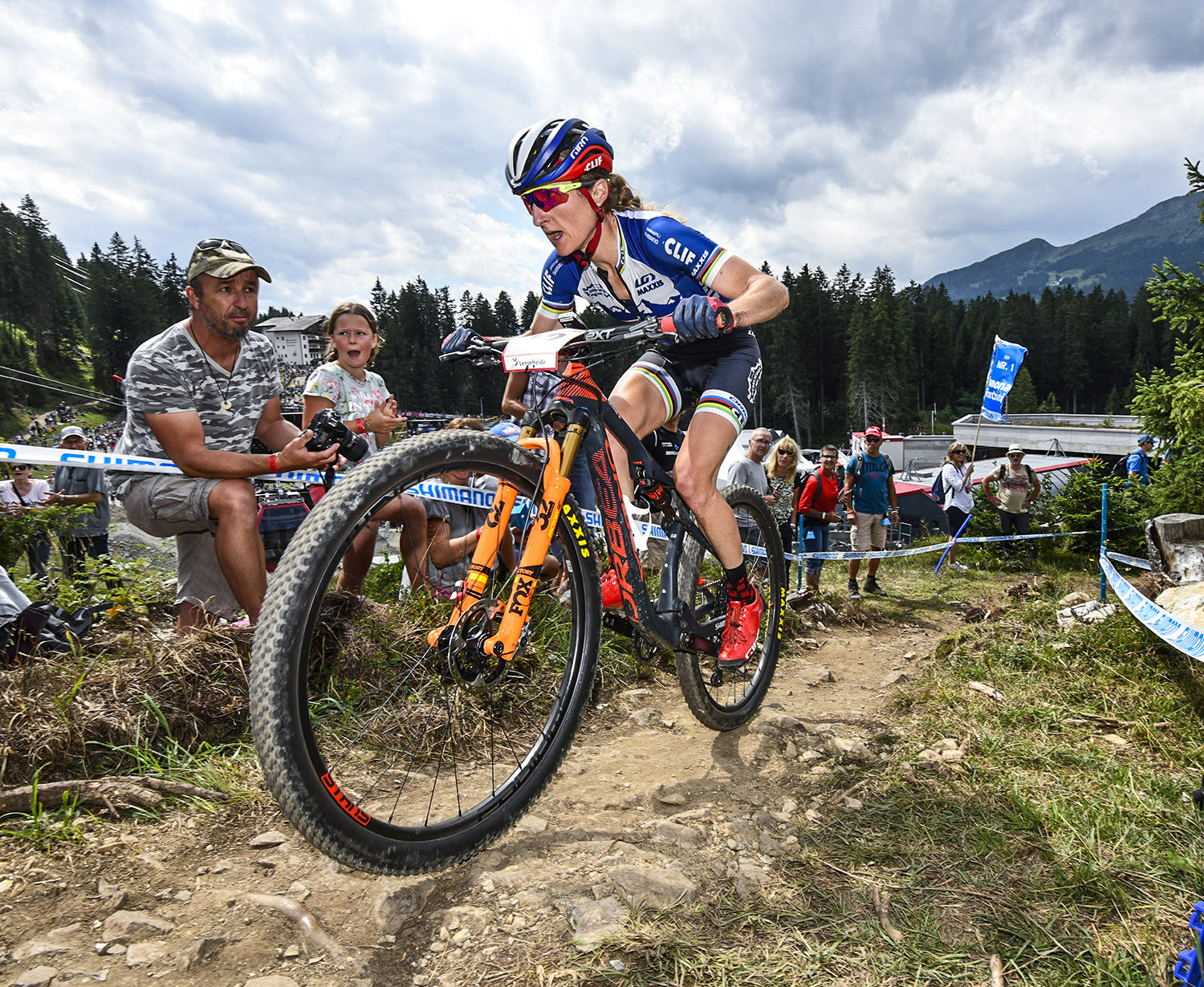 “It felt good to smell the champagne on the podium!” admitted Pendrel. “I felt good, and I’ve been starting to put together some complete races. I knew I had it in me, but it’s still about believing that I belong up there, and that when I get up there to actually be racing for the front of the race. I was super happy to be up there, and it’s perfect timing going into Mont-Ste-Anne.”

Canadian Junior rider Seth Sherlock also scored a podium, becoming the first Canadian since Finn Iles in 2017 to win a Downhill World Cup, with his victory on Saturday. 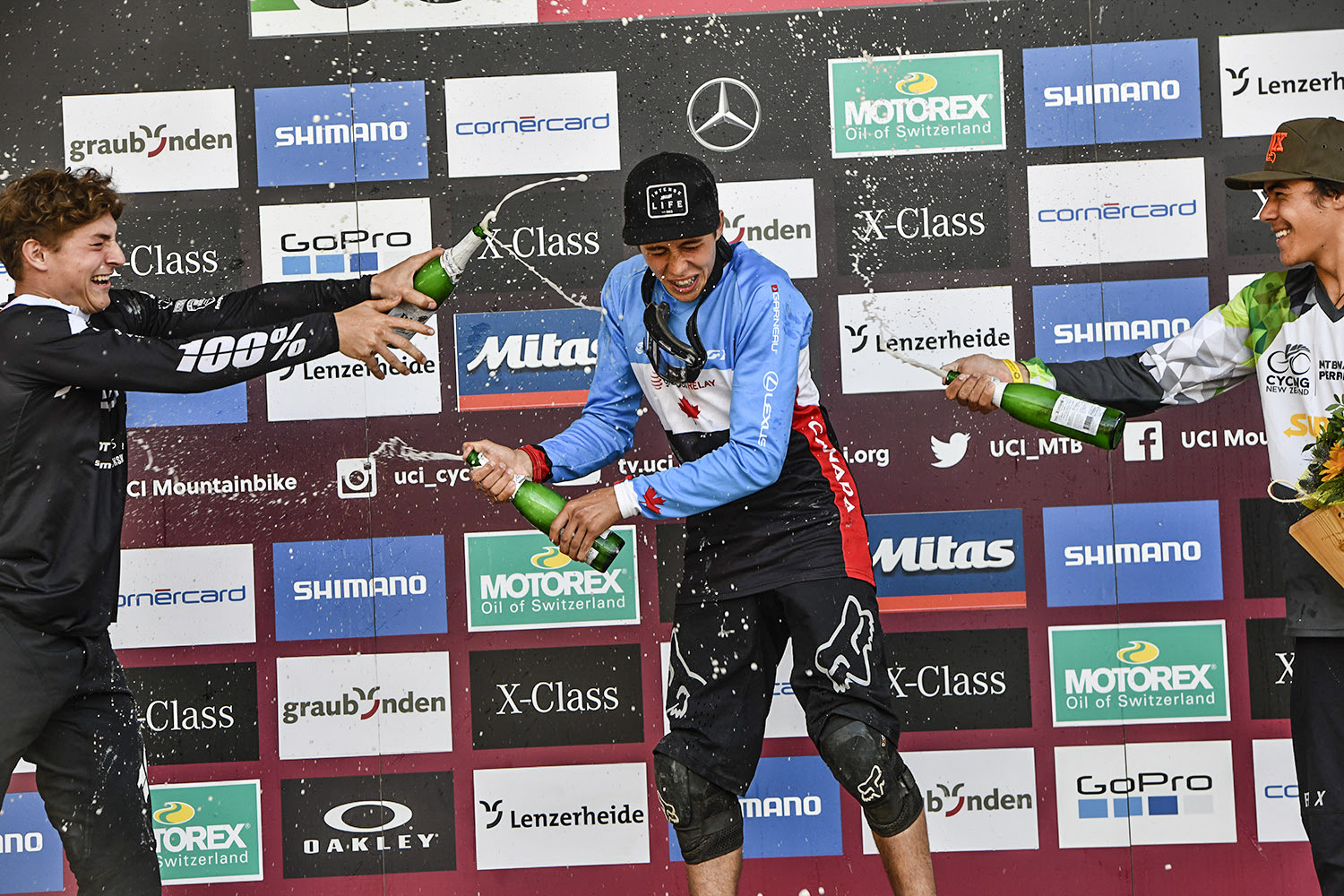 “It was tough,” said Sherlock. “From training we were used to the dry track and then it got quite slippery for racing. It was hard to judge how fast we were going because the course changed, but it was actually grippier for the final. I was hoping to win one either this year or next year, but I never expected to do it at this race. I came into the year expecting top-15 and to qualify [for the final], so this is insane.”