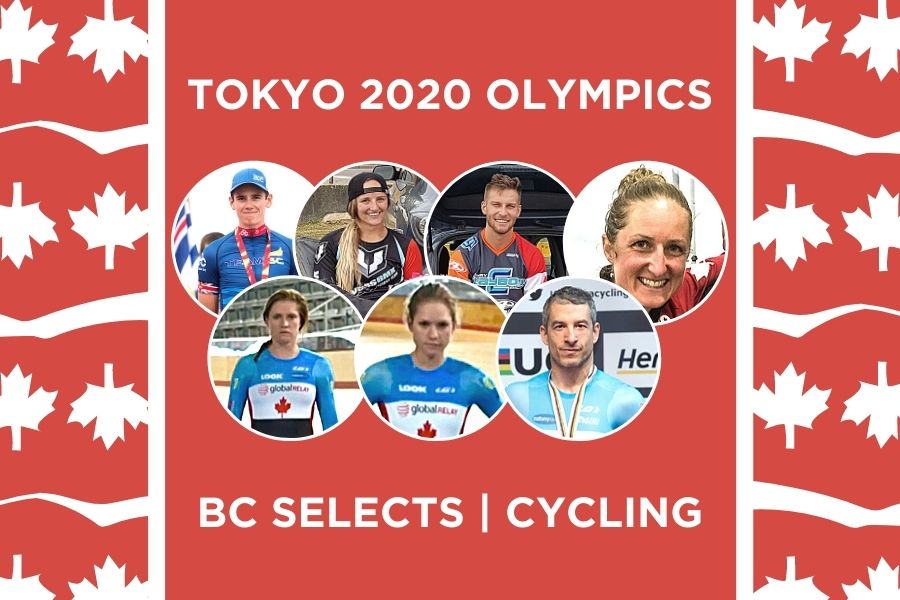 With the Tokyo Olympic and Paralympic Games just days away, Cycling BC is excited to cheer on Team Canada and the BC athletes who have been selected to represent our country as they take on the rest of the world.

After a year-long delay due to the Covid-19 pandemic, the Tokyo 2020 Summer Olympics will take place from July 23rd to August 8th, 2021, with the Paralympic Games to follow from August 24th to September 5th, 2021.

The Olympics and Paralympics in Tokyo are certain to be one of the most unique Olympics in history. With Japan continuing to battle the spread of Covid-19, maintaining the health and safety of its citizens as well as all the visiting athletes, officials, media and Olympic delegates from other countries have become a major focal point of this year’s games. Thus, Japanese government officials and Olympic event organisers have announced a ban on spectators at the Tokyo 2020 Olympics. While the absence of spectators will certainly be felt by the athletes competing in Japan, this means that we will have to cheer extra hard for them from afar.

The Tokyo 2020 Summer Olympics will see the largest number of Canadians represented in Cycling in Canadian Olympic history. Originally, 23 Canadian athletes were nominated in road, track, mountain bike, and BMX, but Cycling Canada recently earned one additional spot on the women’s road cycling squad as a result of another country withdrawing from the games. With 24 cyclists donning the red maple leaf on their backs at the Olympics and nine more at the Paralympics, there are plenty of Canadian cyclists to cheer on.

Seven of the athletes representing Team Canada in cycling are from British Columbia, or eight if you want to count last-minute addition to the women’s road team, Alison Jackson (Abbotsford), a recent BC transplant from Alberta. Road cycling will kick off the cycling events in Tokyo starting with the men’s and women’s road race on opening weekend July 24th & 25th. The Individual Time Trials will take place on July 28th.

This won’t be Canadian mountain biking legend Catharine Pendrel’s (Kamloops) first Olympic games; in fact, it will be her fourth but it will be her first time going to the Olympics as a mom. Catharine and her husband welcomed their baby girl, Dara, earlier this year. With no spectators permitted at the games, Dara will be cheering for her mom from across the pacific – that is if the events fall in line with Dara’s sleep schedule. Cross-country Mountain Bike racing will begin with the men’s race on July 26th and the women’s race on July 27th.

About a month after the Olympic games conclude, decorated Canadian Paralympian, Tristen Chernove (Cranbrook), will lead the nine-member Canadian Para Cycling Team at the Tokyo 2020 Paralympic Games taking place from August 24th to September 5th, 2021. This will be Tristen’s second Paralympic Games and he will compete in both road and track cycling events for Team Canada.

Cycling BC wishes all of our BC athletes and Team Canada a safe and successful Olympic and Paralympic Games in Tokyo.

Follow and track the Tokyo 2020 Paralympic Games headlines and stories at paralympic.org/tokyo-2020.

Follow CBC’s coverage of the Tokyo 2020 Summer Games at https://www.cbc.ca/sports/olympics/summer