Tags
Board of Directors

Cycling BC Announcement – Changes to the Board of Directors 2022/2023

Cycling BC announces the resignation of board member Angela Chang from the Cycling BC Board of Directors and the appointment of Dr. Veronica Ivy as an interim board member, effective immediately. Chang joined the board in September 2021 and served for one year on the board before making the decision to step down.

“We thank Angela for her valuable contribution during her time on the board and wish her all the best in her future pursuits,” says Deb Intas, Cycling BC’s current Board Chair. “The appointment of Dr. Veronica Ivy as an interim board member provides us with another strong and diverse voice on the board.”

Cycling BC’s By-laws (Section 4.08) state that when the position of a Director becomes vacant for whatever reason and there is still a quorum of a minimum of four Directors, the Board may appoint a qualified individual to fill the vacancy for a term expiring not later than the close of the next Annual General Meeting. The total number of Directors so appointed may not exceed one-third of the total number of Directors. 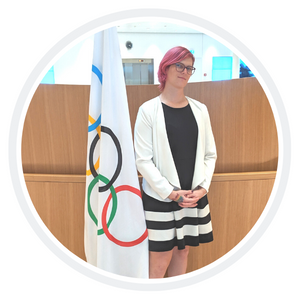 Dr. Veronica Ivy is from Victoria, BC, and has raced at an elite level internationally. Ivy formed and served as CEO of a registered non-profit cycling organization based in the U.S. Ivy has also been a diversity consultant to national and international sports organizations including the International Olympic Committee. As a member of the LGBTQ+ community and a diversity, equity, and inclusion trainer, Ivy adds an important mix of skills, experience, & perspective to Cycling BC’s board.

As per Cycling BC’s By-laws noted above, Ivy’s interim appointment to the board will last only until the close of the next Cycling BC Annual General Meeting, at which time new board directors will be elected to serve a full term of three years on the board.

The Cycling BC Annual General Meeting will be held online for current members of the society in June 2023—the exact date is yet to be determined.

For more information on Cycling BC’s board of directors and governance, please visit https://cyclingbc.net/about/board-of-directors/election/