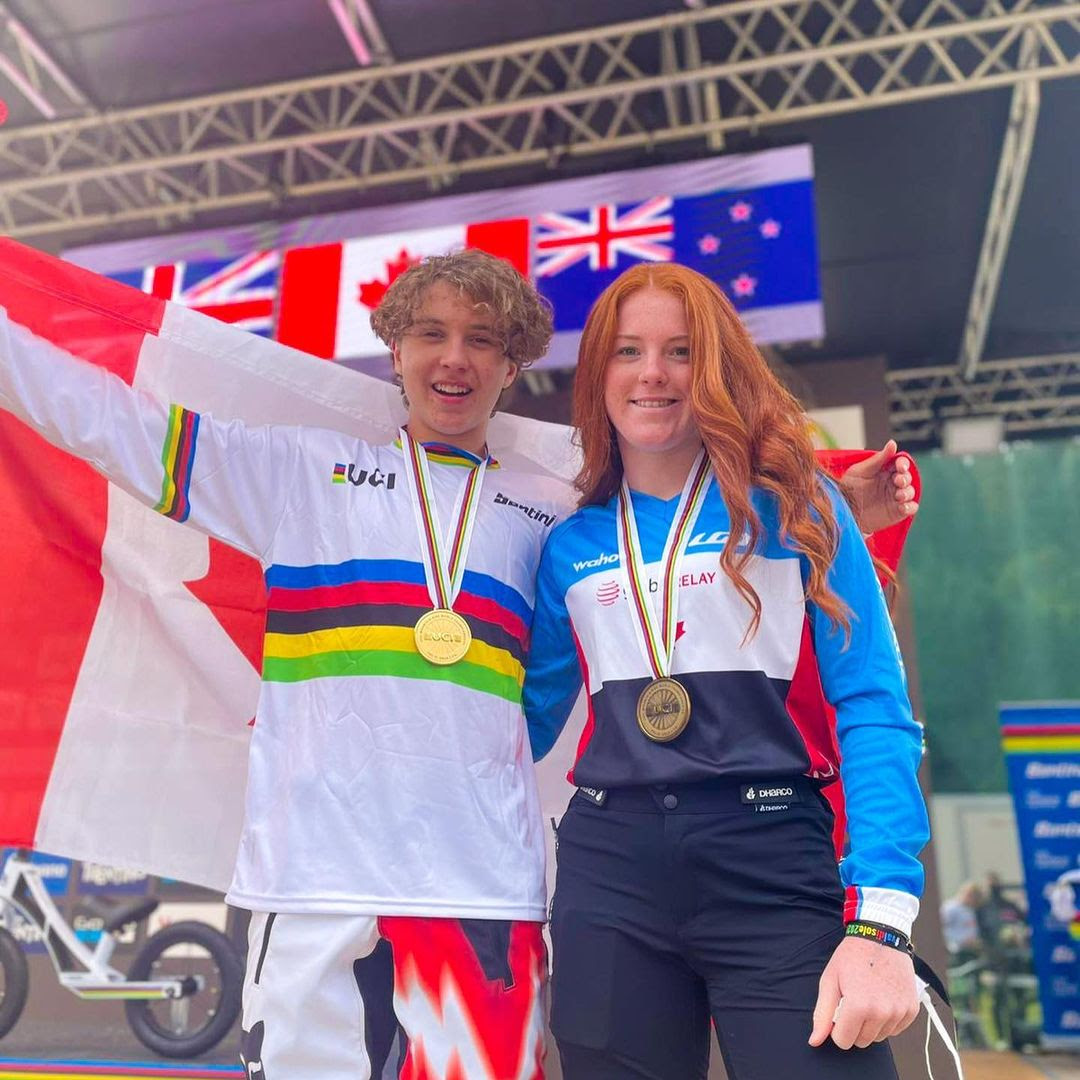 After qualifying second on Friday, first-year Junior, Goldstone, was able to overtake the top seeded rider from Ireland with a time of 3:37.097, a whopping 1.812 seconds faster than his opponent and almost five seconds faster than his qualifying time to take the top spot. Goldstone, who is the current world cup leader after winning several competitions this season, will be proudly wearing the world champion’s jersey for the next year.

“The final was absolutely amazing,” said Goldstone after winning the rainbow jersey. “My run was really good. I had a couple unclips […] but don’t think it slowed me down too much, so I’m pretty stoked with my run. It feels really good to be the World Champ and I’ll try and hold this one proud for Canada.”

Shortly after Goldstone’s epic win, Canadian teammate, Hemstreet, completed her run with a time of 4:44.11, which landed her in third place to claim the bronze medal in the Junior women’s category behind Izabela Yankova of Bulgaria and Kine Haugom of Norway.

“I’m so excited to represent Canada and stoked I medaled at my first World Championships,” said Hemstreet. “Thank you to Cycling Canada and the Stevie Smith Legacy Foundation for the support here in Val Di Sole.”

About Cycling Canada
Cycling Canada is one of the oldest national sport organizations in Canada and has one simple purpose: to inspire Canadians to cycle. Cycling Canada administers programs to promote and grow cycling across the country, hosts national and international events and manages the National Team in all levels of international competition.